Hosted by The Ultimate Experience event company, Ronnie Scott's Rejects were delighted to be offered a 2014 December residency at the Tower of London. Entertainment was required in a few areas of the Pavillion situated in the North Moat of the Tower. 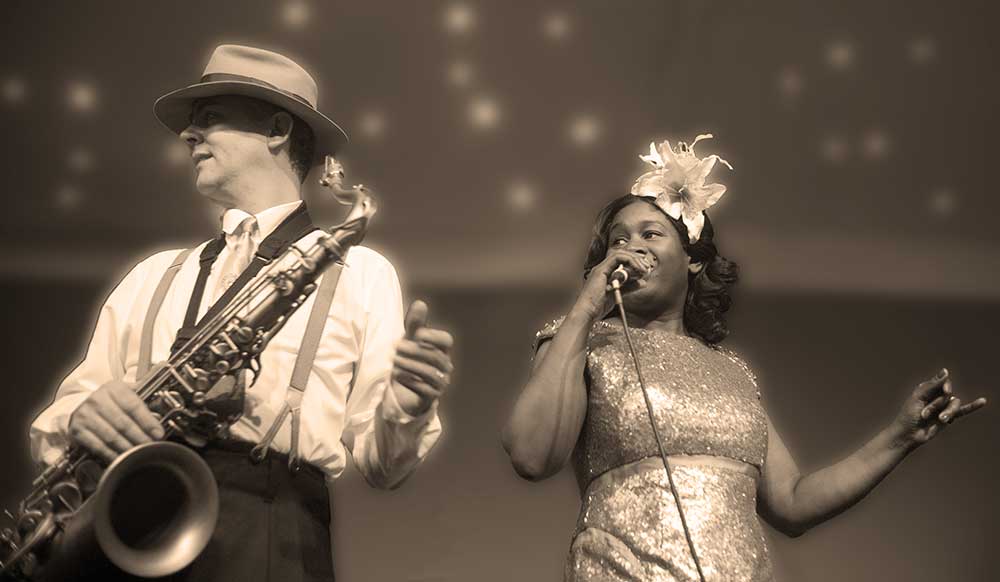 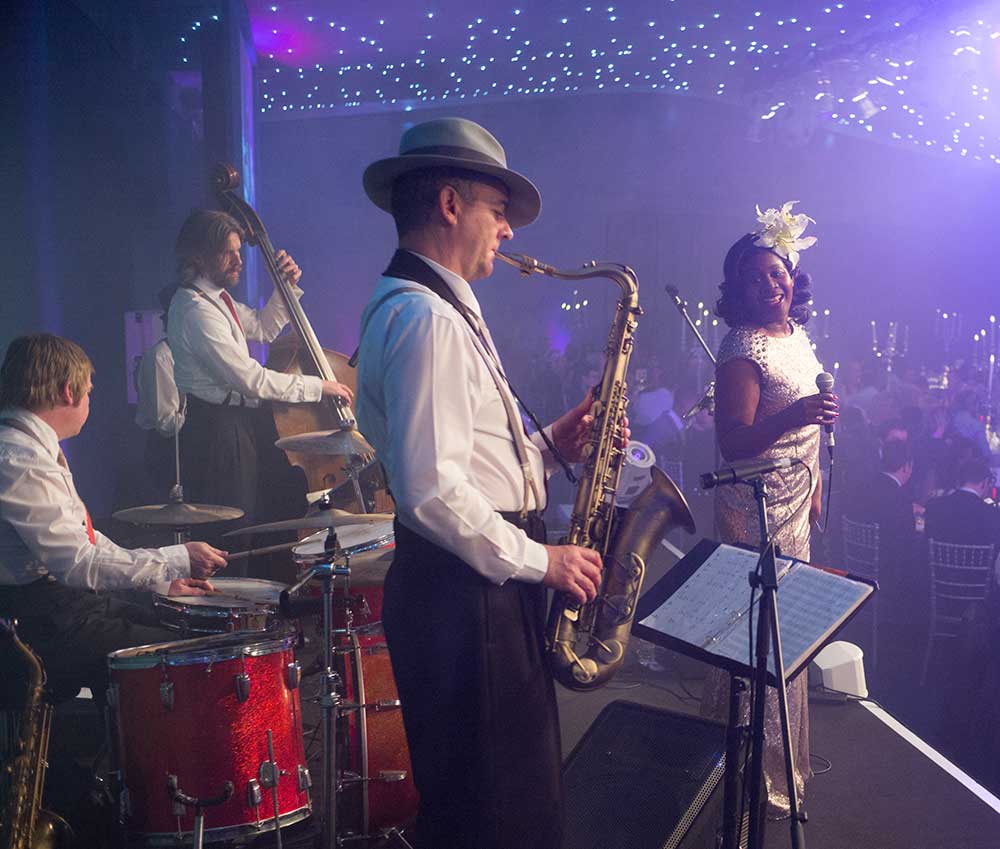 The theme was a nod to popular period dramas, with the reception area furnished to match the style of Georgian servant's quarters. This is where the band played instrumentally in an almost acoustic setting dressed in casual 1920s attire. 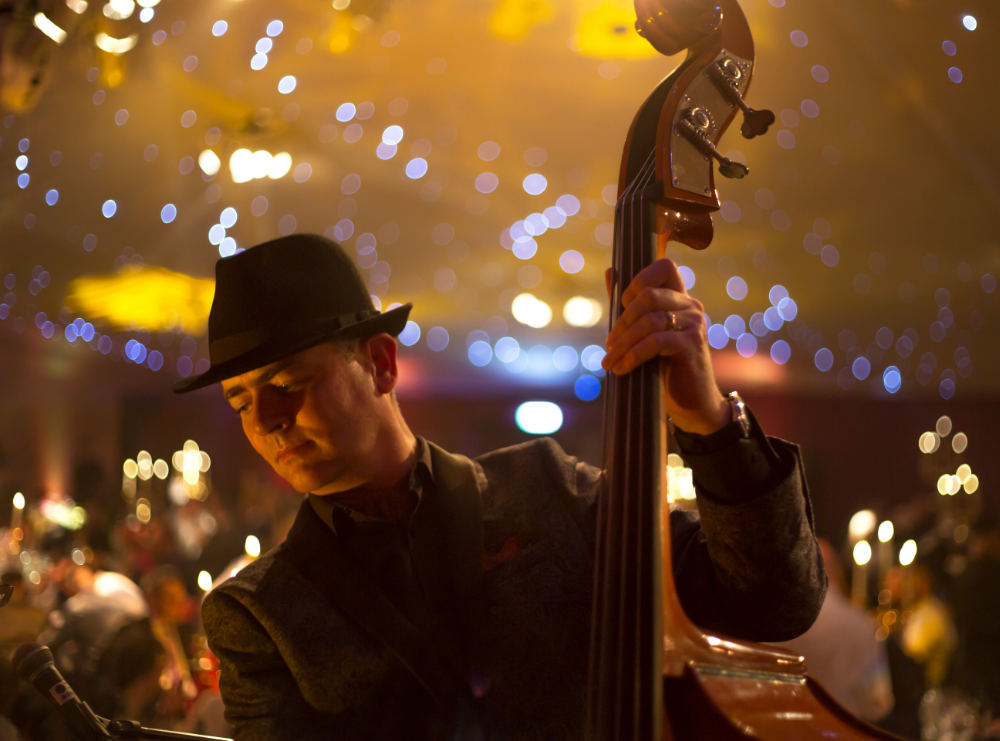 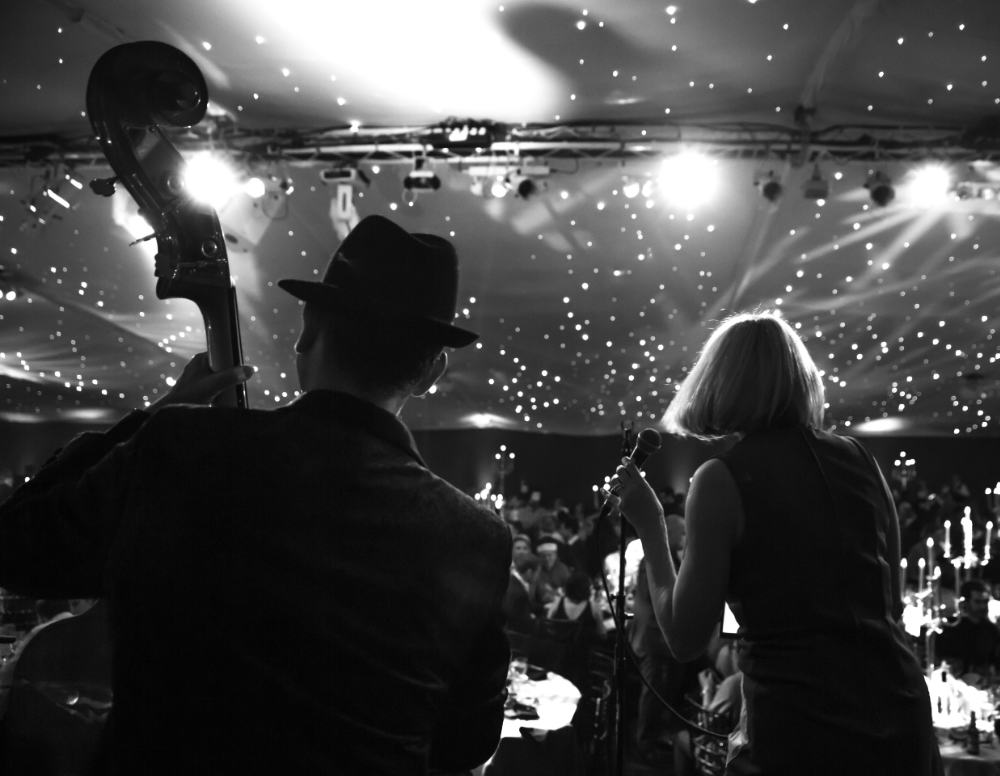 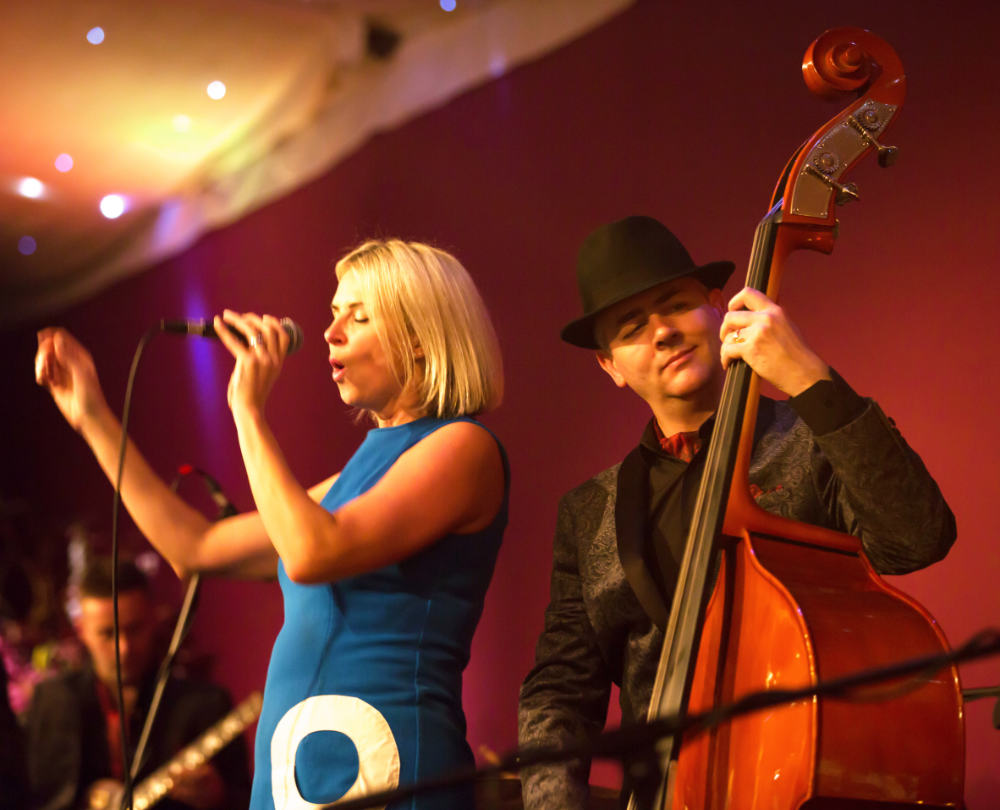 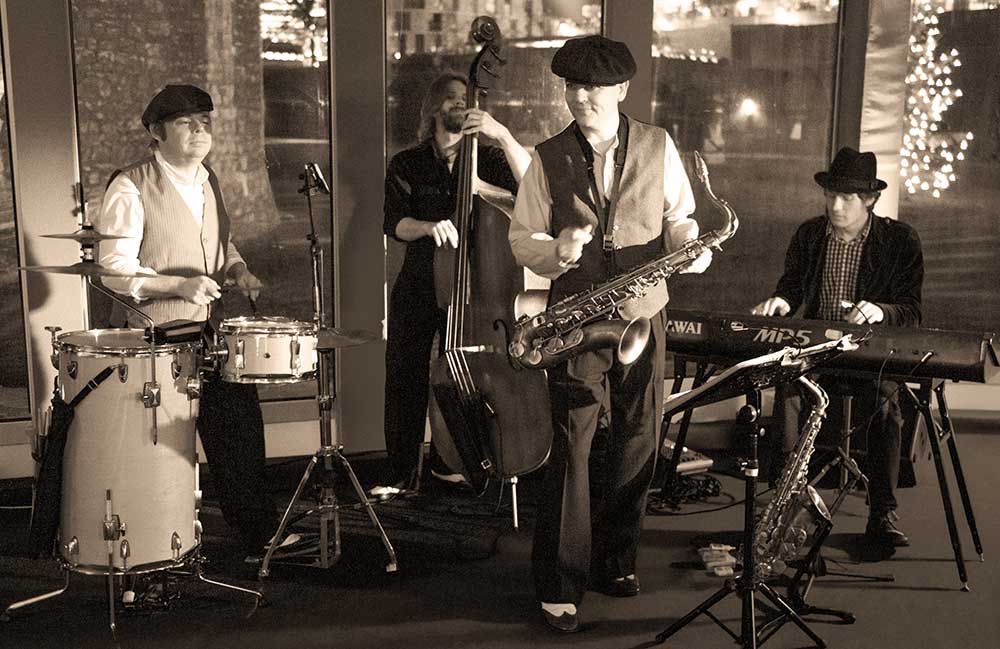 After a quick costume change the band were ready to perform on the main stage in the dining area where guests were immersed in the atmosphere of aristocratic opulence. 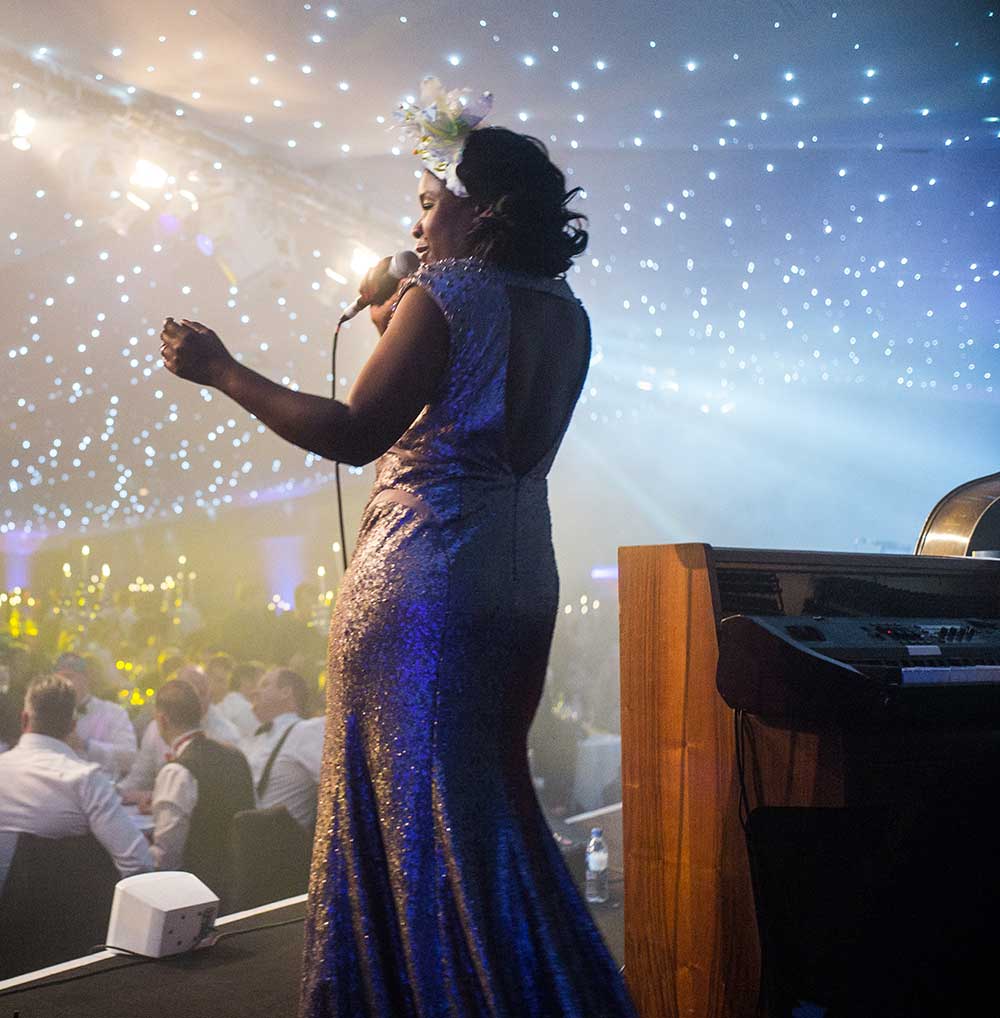 The Gentlemen Friends, dressed in butler style tailcoats, interacted with the musicians and guests to create a very 'Downton Abbey' atmosphere. 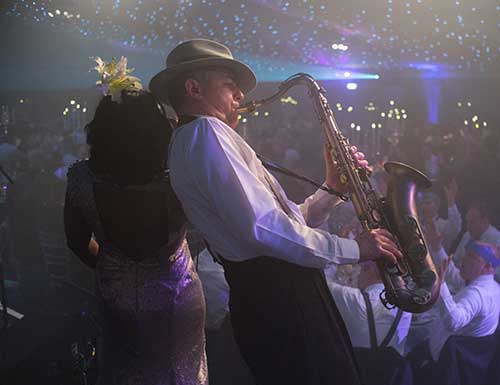 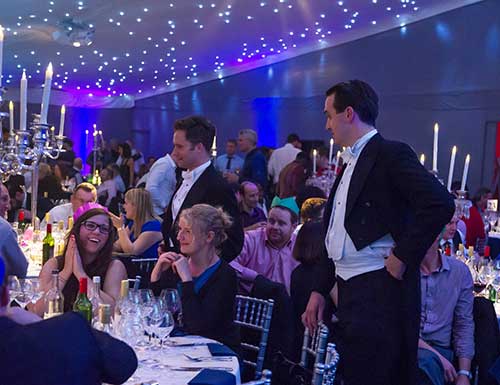 Towards the end of supper, The Gentlemen Friends delivered three spectacular dance performances. 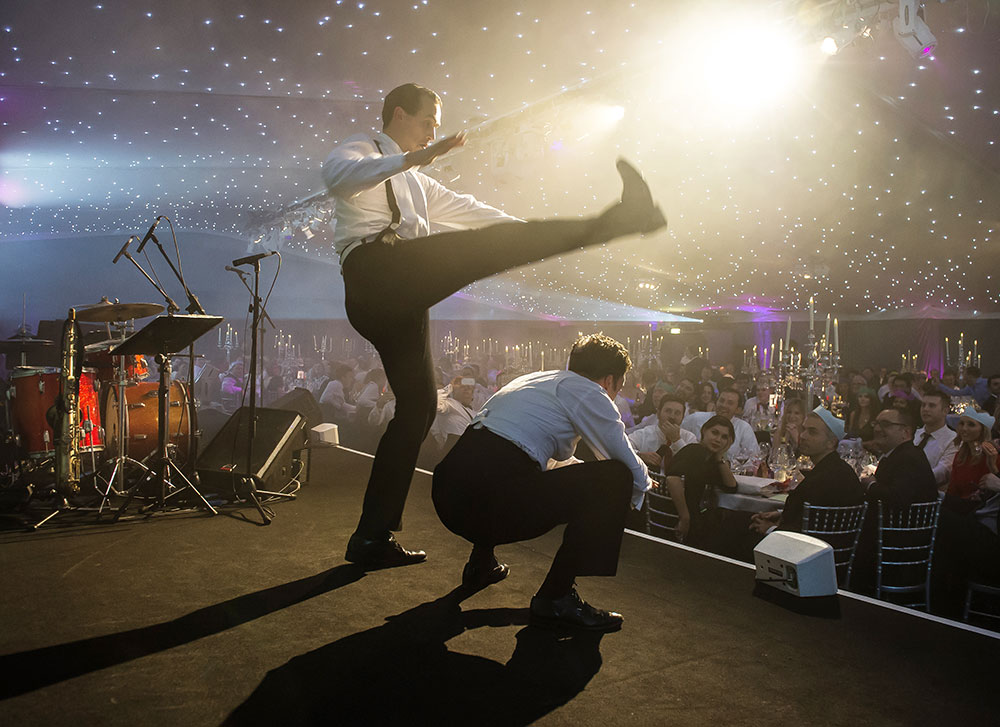 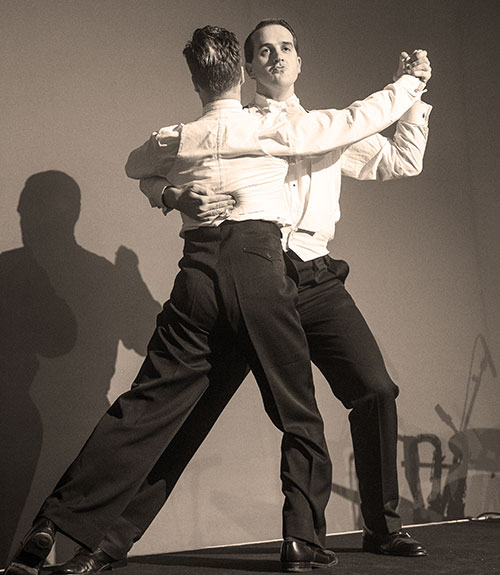 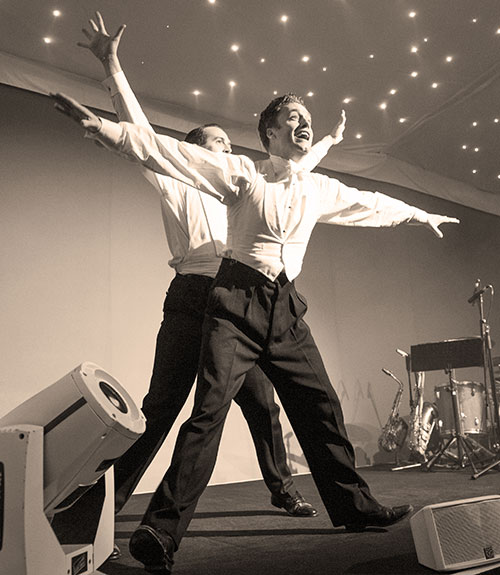 The dance performances were followed by a short, fun, interactive dance demonstration where guests followed three simple Charleston moves whilst stood around their tables. 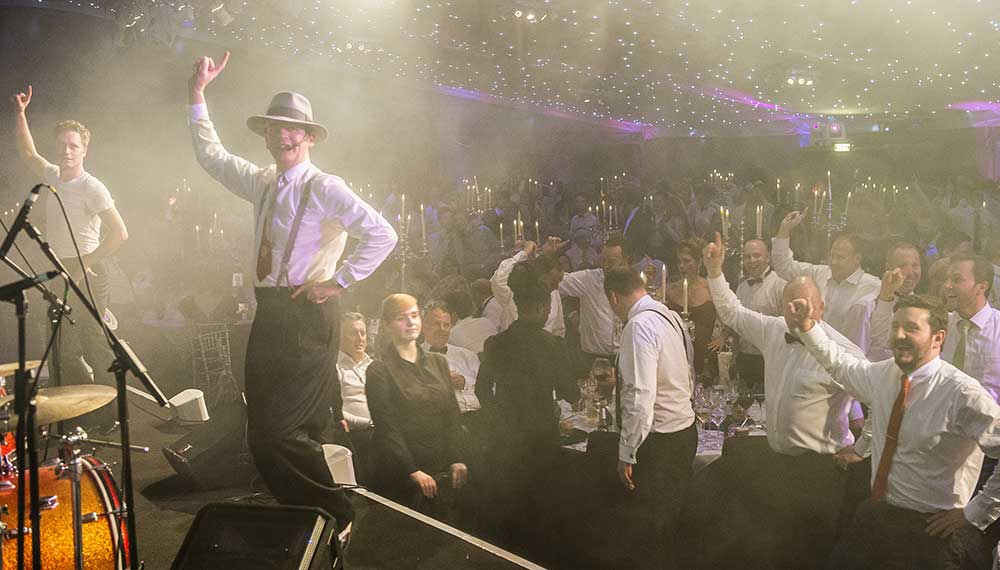 With guests already on their feet and itching to dance, the dancers announced the opening of the Night Club area featuring the band's resident DJ. 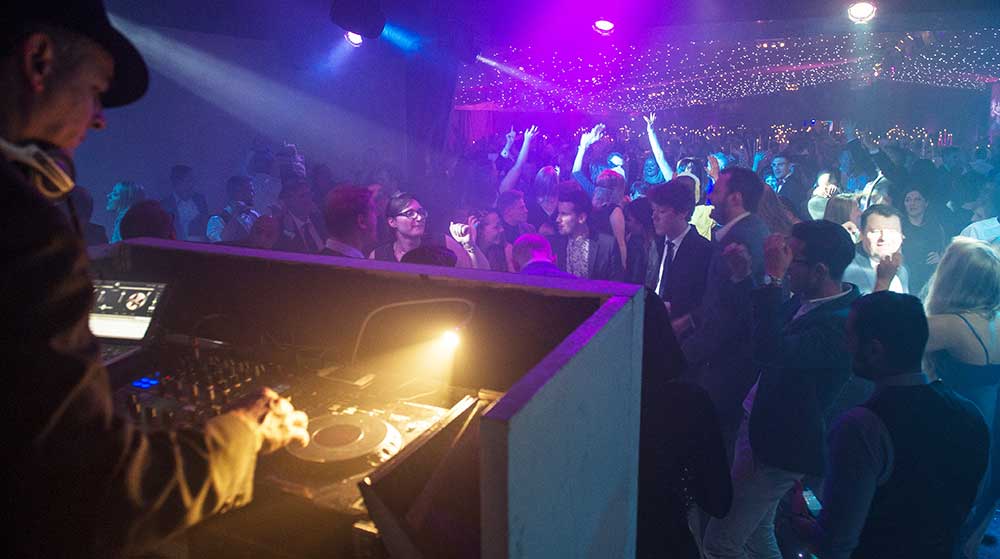 Set in the formal backdrop of 1920s glamour, guests were made feel extremely at ease thoughout the evening and were very keen to take part in dance activities. As a result of this, the dance floor was consistently full for each of the 14 parties in December.